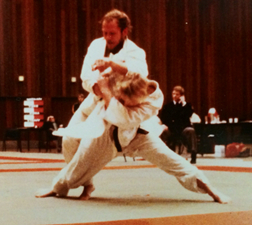 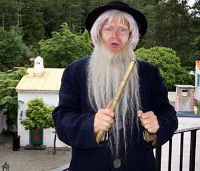 Write a brief biography of a prominent judoka that is relevant to your club, region or nation. The judoka could be from the recent or distant past. You may want to interview someone who knew them, source pictures of them, understand their philosophy, or chronicle important dates in their life.

Oddvar Hellan was born 26.06.58 and started with Judo as a 12 year old in 1970. He was inspired by his father, a school teacher, who as well was enthusiased by this relatively new sport in Norway. Oddvar had earlier done well in football and gymnastics but immediately fell for the dynamic and art of Judo. Soon the whole family were active in the club and organized Judo camps during their holidays .

They did not have tatamis in the beginning start. Initial training was on 2 layers of rubber tires which gave excellent support. His first trainer was Erik Lian, who also was the milestone for his later Judo carreer. Other inspiring trainers were Torkel Sauer, Olav Knudsen and Henrik Lund, who was called the father of Norwegian Judo.

During his junior years he was considered extremely quick on his feet giving him very fast techniques. This led him to developed Uchi mata and Ko Uchi gari to his favorite throws. During these years he competed nationally and internationally. He was the youngest 1. Dan in Norway at the age of seventeen.

During the 80ies he received his final technique tunig by Tony Mc Connel, who was earlier team member for England. He also was the coach for Norway and opened the door to training on a high level in England and around Europe for Oddvar.

He also competed internationally and just missed a medal with a 5th place at the Scotish open in 1981 and the open Scandinavian championship in Lund, Sweden, in 1980.

During that time he also participated in many international training camps in Paris, Manchester and London. One of his greatest experiences was to train together with the english national team at crystal palace and London before the Moscow olympics in 1980. He remembers the hard but good training hours and the primitive accomodations (often sleeping right next to the Judomat). But he cherishes the companionship of these times.

After 1983 he only competed in minor events because he started a new carreer at the Norwegian school of theater arts.

Still he stayed faithful to Judo and communicated through the years his knowlegde to other Judo player around the country in Moi Rana and Tromsø in the northern part of Norway. He also deepend his Judo understanding by coaching courses. Up to today he has trained Judo only interrupted by small time periods caused by family and work.

He is a great inspirator and role model on the mat. You can feel and see the joy that he still experiences during randori today. He has a great attitude and skillful teacher with a big heart for his partners and students. He shows great dedication and enthusiasm for the sport on all levels. It was no question for him to join the NJJK team in the senior team championship in 2013. He is a perfect example of how to live the spirit of Judo on the mat and in real life.

Ny nettside er under arbeid - gå til facebook i mellomtiden